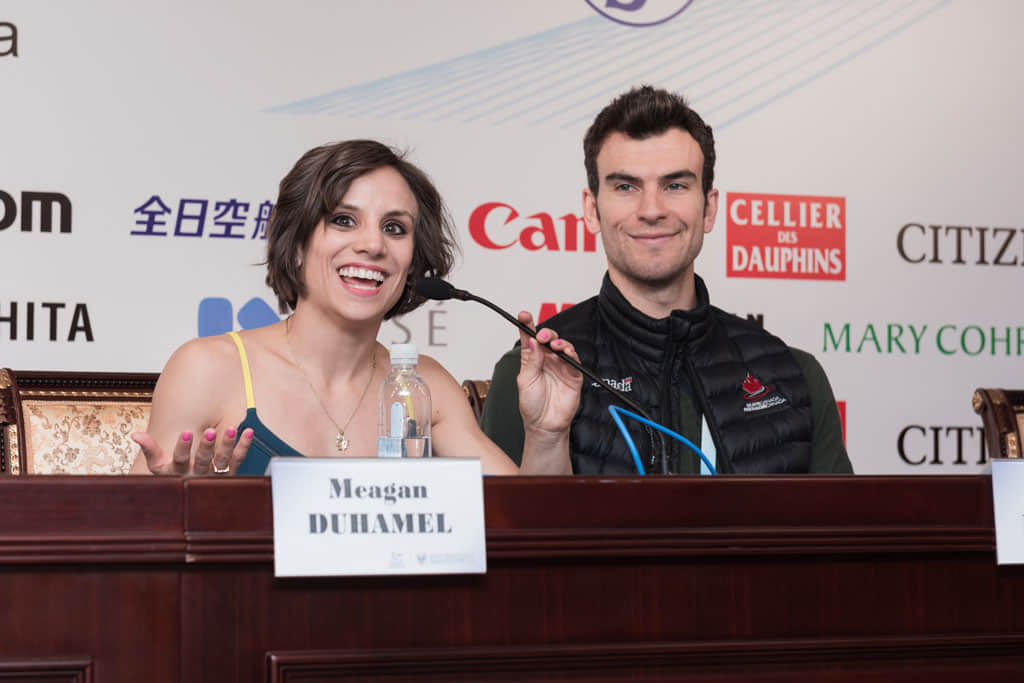 When Meagan Duhamel and Eric Radford hit the ending position of their long program at the 2015 World Figure Skating Championships in Shanghai, China, the crowd rose to their feet, showing their appreciation to the toughest competitors of the Chinese couples with a standing ovation. In the face of three incredibly talented Chinese teams, including veterans Pang/Tong and rising stars Sui/Han and Peng/Zhang, the Canadian duo reached the top step of the podium, ending their perfect season with a world championships title.

Four months after claiming gold in Shanghai, the newly crowned world champions in pairs figure skating returned to China. This time around, they joined a group of legendary skaters, including Olympic champions Evgeny Plushenko of Russia, Tessa Virtue/Scott Moir of Canada, world champion Javier Fernandez of Spain, as well as domestic skaters, to celebrate Beijing’s successful bid to host the 2022 Olympic Winter Games. SkatingChina journalist caught up with Duhamel and Radford shortly before the show, discussing with them the recipe of their success last year and their plans going into the next competitive season.

Meagan Duhamel and Eric Radford are one of the most technically advanced teams in the field of pairs figure skating. Last season, they added an impressive Quad Salcow throw jump to their long program, which already comprised of a side-by-side triple Lutz, a throw triple Lutz, and level four spins and lifts. During the off season, while the Canadian couple was rehearsing for the Stars On Ice tour, they successfully landed a throw quad Lutz, the most difficult throw jump ever executed by a pairs team. According to the skaters, they have been attempting the jump recently in training and plan to include the new element in their long program next season. “It is in our long program next season,” Duhamel confirmed definitively, “so we will have two throw quads in our long program. And it (the throw quad Lutz) is more consistent now than the throw quad Sal was at this time last year. We were just learning the quad Sal this exactly time last year, the quad Lutz is much more consistent.” Radford added that the consistency of their throw triple lutz in both of their programs throughout the last couple of seasons gave them the idea of trying the quad, and has made the attempt easier than that of the quad Salcow.

In addition to the throw quad Lutz, Duhamel and Radford revealed that their programs for the next competitive season are also more intricately choreographed. Duhamel explained: “ (We have) two new programs that are above and beyond of what we did last year. We have added more hand-in-hand skating. And it makes the programs more challenging.”

With their upgrades on both the technical and artistic sides, the Canadian world champions hope to continue their success. The duo was undefeated last season, and they attributed their victories to a refreshed mentality after the Sochi Olympic Games. “I think because we had no expectation that we ended up doing so well (last season). Before Sochi, we were so stressed. We wanted to get to the Olympics and do well there too bad. As soon as we let that go and concentrate on ourselves, then we had more success.”

Their new approach to skating also helps them concentrate on themselves in an extremely competitive training environment. The skaters are now training under Richard Gauthier and Bruno Marcotte in Montreal, and their training mates include the Italian couple Valentina Marchei/ Ondrej Hotarek (11th at the 2015 World Championships in their first season together) and Sochi Olympic medalist Kirsten Moore-Towers with her new partner Michael Marinaro. Duhamel and Radford find it motivating to train alongside some of the best pairs teams in the world, but they are not overwhelmed by the performances of their training mates. “We are trying to compete with ourselves and try to be better than we are the day before, not necessarily to be better than anybody else that’s training with us. We like to see the progress of all the teams that are training at our rink. We can see them improving and working hard. And that motivates us.”

As the new season gets underway in October, Duhamel and Radford are excited and ready for some tough battles next season, with the potential comeback of the Sochi Olympics pairs champions, Russia’s Tatiana Volosozhar and Maxim Trankov (who are scheduled to compete against the Canadians at the NHK Trophy in November) as well as five-time world pairs champion, Germany’s Aliona Savchenko with her new partner, Bruno Massot. “We will be excited to see if all the teams that are coming back will be able to achieve the technical difficulty now that Sui/Han and us and some of the teams are doing. We are interested to see how they are going to progress their skating. But we can only control ourselves and we hope that with two throw quads and the side by side triple Lutz, we are pretty confident that it will be enough to succeed.”

Duhamel and Radford are just as excited to see pairs figure skating going forward as they are to go back to competitions. The Canadians said that they are glad to see more people trying harder elements, including the Italian team, who they see on a daily basis in training. “It is really exciting now that the Italian team are doing the triple Lutz because it’s been many years that only we have been trying it, so it’s nice to see more people push the sport further, with throw quad and the triple Lutzes, and maybe more difficult side by side jumps, that’s the only way that the sport can keep going, it’s when people try to improve.”

“For about 30 years, I’d say, all of the teams are doing the same elements: two throw triples, a side by side triple or two triples, and a triple twist. And now you see people do different triple jumps, throw quad, quad twist and finally pair skating is taking its steps.” 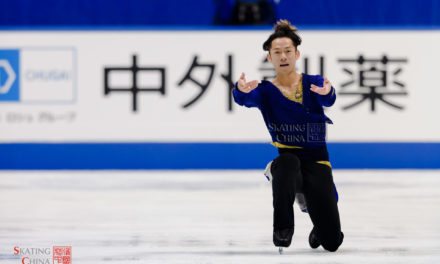 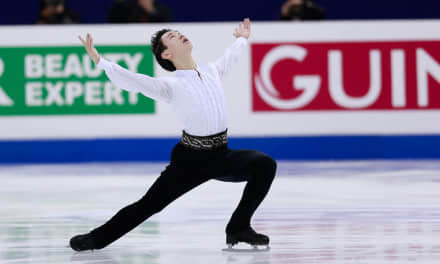 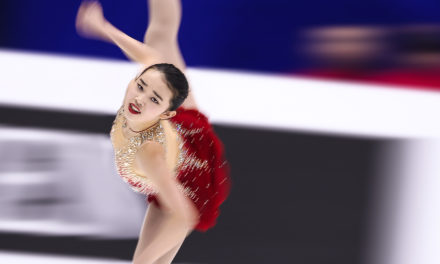